Not many people have heard of the town of Carlingford in County Louth but it is a magical place steeped in mystery. In fact there’s an old tale that 20 years ago a well known business man called PJ O’Hare heard faint crying while walking one day on The Slieve Foy Mountain. He followed the sound to investigate further and to his amazement he found the bones of a remarkably small person along with the suit of a Leprechaun and some gold coins. 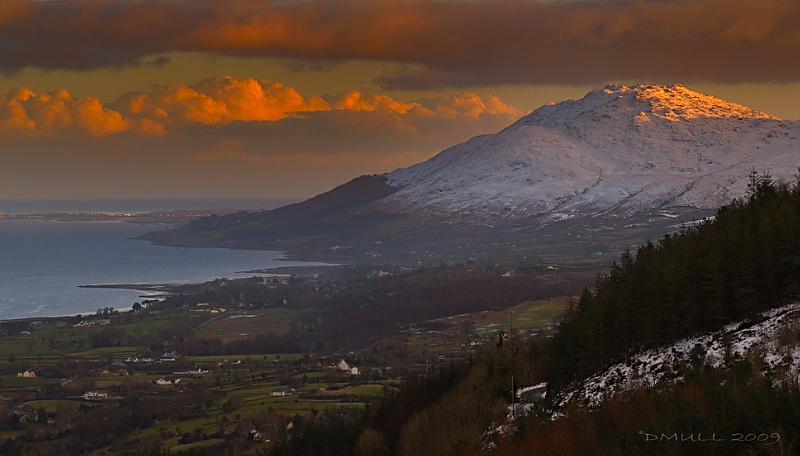 Slieve Foy Mountain at Carlingford in Ireland (courtesy of DMull, 2009)

This sparked “The original Leprechaun Hunt” which was held on the Easter Sunday of 1989, attracting 4,000 visitors to the region. Due to its popularity Carlingford now hold this event every year.

In 2010 Carlingford was officially designated as an EU Special Protection Area for Little people and since then tourists have been making the trip to Ireland to the small town for the Easter weekend festival to view authentic Leprechaun artefacts know only to exist in Ireland and of course join the hunt to see the ever illusive Leprechaun.

Kevin Woods, who lead the original hunt and a member of the Leprechaun Preservation working group said:

“We will have 100 ‘leprechauns’ with a total cash amount of €2,000. They will be located on the side of the mountain to the right of the SPA and hope to raise a lot of money for charity. However, we ask that if people come across a real leprechaun that they will allow them to pass and not try to capture them. ‘Slieve Foy is now recognised as the home of the last leprechauns of Ireland and we know there are 236 currently living on the mountain. It is important that they are safe, happy and we do not allow them to become extinct.”

“I am not surprised at the reception from public and the media about this event. There are so many leprechaun enthusiasts out there who believe in what we are doing here. People feel strongly about protecting our little people, who, we must remember, are the touchstone of our heritage and folklore’.”