The Cork International Short Story Festival is set to take place from the 16th until the 20th September. An event dedicated to the celebration of short stories and named from one of Cork’s most beloved authors, the festival includes literary readings as well as a host of forums, discussions and workshops.

The festival kicked off at the Triskel Christchurch last night with a reading from the US writer, Richard Ford. The famous, Pulitzer prize-winning author and writer is on one of his many visitors to Ireland where he underlined his affection for Cork. “Why does one love a place? I feel the same way about New Orleans. Not that there’s not a thousand things to like about Cork, a thousand things to like about coming to Ireland. The first time I came here I just felt, ‘This is right. This is right for me’. So I’ll come back as long as I’m able,” he said. 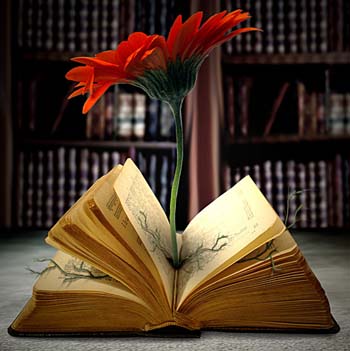 Richard Ford is famed as author of Independence Day and the Sportswriter. The festival which is becoming more and more popular is running until Saturday the 20th at a number of venues across the city, ideal for those planning a vacation in Ireland and in Cork.

Among the many highlights that are set to take place is a reading by Colin Barrett as well as a presentation to the young Mayo author of the €25,000 Frank O’Connor Short Story award. The famous US writer Susan Maier-Moul will go home with the €2,000 prize named in honour of another Cork author, Seán Ó Faoláin.

It is expected that visitors will travel from Europe and the US to the festival taking in Cork has part of their trip to Ireland. Guests due to attend the festival include Chinese writer Sun Wei along with Jordanian author Hisham Bustani.

Danielle McLaughlin who credits the Cork festival for kickstarting her career, is also set to read at Triskel on Saturday, which marks a superb week in which the hotly tipped Cork writer also had a story published in the New Yorker. “I hadn’t a word of fiction published at that stage, but I was blown away by the writers and energy at the festival. I signed up for workshops straight away and learnt so much. Every year since, I feel like grabbing people in the streets and dragging them along to the festival, telling them, ‘You need to know how great this is,”said Danielle.

This festival is also set to coincide with Kinsale Arts Festival and marks the beginning of other notable Cork festivals including the Cork Folk Festival and Cork Jazz Festival.

This entry was posted in Activities in ireland, arts festivals Ireland, Best Places to visit in Ireland, Cork, Festivals in ireland and tagged Cork Short Story Festival, Festival in Cork, Trip to Ireland, Vacation in Ireland. Bookmark the permalink.