If you are looking to take a vacation in Ireland, Tripadvisor have just announced its users’ favourite beaches from all over the world, including the top 10 beaches in Ireland.

In the survey Clonakilty’s Inchydoney Beach came top of the list and it was described as “glorious and unspoiled”. Also four beaches in Kerry dominated the top ten list including Derrynane Beach, Inch Beach, Rossbeigh Beach and Banna Beach. 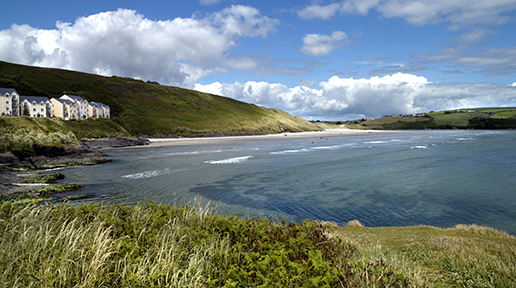 All of the top ten winners were determined both on the quantity and quality  of traveller reviews and ratings for beaches on TripAdvisor. These reviews were gathered from Tripadvisor over a 12-month period. 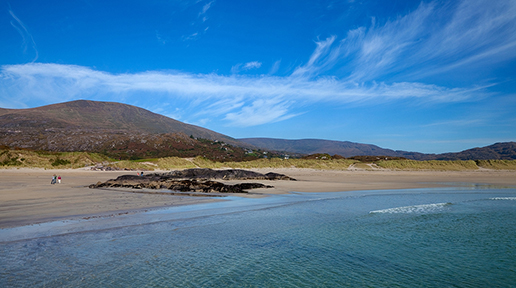 While Inchydoney in County Cork tops the list of the best Irish beaches, you have to travel a little farther afield to enjoy the beaches deemed the best in the world by Tripadvisor users.

Grace Bay in the Turks and Caicos Islands of the Caribbean was crowned the number one best beach in the world. Seven miles in length, the beach is a classic picture postcard exotic getaway, complete with turquoise waters, powdery snow-white sand as well as glorious sunshine year-round.

Elsewhere in Europe, two other beaches in Europe topped the list. Playa de Ses Illetes in Formentera which is the smallest of Spain’s Balearic Islands is ranked number one in Europe. The second-best-rated beach in Europe is Elafonissi Beach in Elafonissi, Crete.
Closer still is Devon’s Woolacombe Beach, the best-rated beach in the UK for the second year in a row. Second place went to Weymouth Beach in Dorset.

The county of Kerry not only featured high on this list but it additionally featured prominently in the top Irish hotels in Ireland announced by Trivago in 2015 with six hotels in County Kerry making the “top 20” list. In this list generated by Trivago, it was Harvey’s Point near Donegal Town that topped the pile as the best-rated hotel for those planning on taking a trip to Ireland.