The popular Red Head Convention is set to take place from the 21st until the 23rd August in the sailing village of Crosshaven just 25 kilometres from Cork City. The festival started out as a joke by siblings Joleen & Denis Cronin, however it has now become a large and popular event with many people planning a trip to Ireland especially to take part in the festivities.

Now in its 6th year of existence the widely celebrated festival sees hundreds of redheads from all over the globe gather in the seaside village for this unique festival.  The village is set to become a sea of red as hundreds are set to take part in fun activities including a range of redhead themed competitions such as “Best Redhead Dad”, “Most Porcelain Skin”, “Best Dressed Redhead”, “Longest Red Hair”, as well as the coveted overall title of “King and Queen of the Redheads” 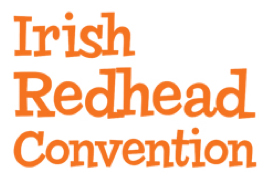 The whacky festival of fun will also see fun activities such as ginger speed dating, carrot tossing, group photoshopts as well as freckle counting.  The festival which is run by 50 local volunteers has raised over €20,000 to date for the Irish Cancer Society.

Festival organisers are expecting visitors from New Zealand, Germany as well as the US and with an expected average attendance of 2,000, the festival promises not to disappoint. Red hair, the rarest of hair colours, accounts for only 0.6% of the global population. Ireland has the second highest proportion of redheads at just 10%.

With many hotels near Crosshaven to choose from, a visit to Crosshaven in the County Cork is a must!