Tourism Ireland and Failte Ireland have been busy promoting Ireland as a destination. These days you can barely open a magazine or turn on the television without seeing the country being used as a backdrop. The aim of this is to increase both international and domestic tourism in Ireland.

Domestic tourism rose by 3% in 2013 and recently Failte Ireland launched their #This is Living campaign in a bid to promote a vacation in Ireland. This campaign incorporates real holiday footage from people whilst taking a trip to Ireland.

Failte Ireland also recently convinced US sportswear firm Columbia to bring some of the world’s leading outdoor and adventure journalists to the country to sample the Wild Atlantic Way, the 2,500km route from Kinsale, County Cork, to Inishowen in County Donegal.  These journalists who write for renowned travel publications got to sample the highlights of the Wild Atlantic Way with some even taking part in the Gaelforce North Adventure race.  Columbia are even planning on using the footage and photography for their 2015 clothing range. 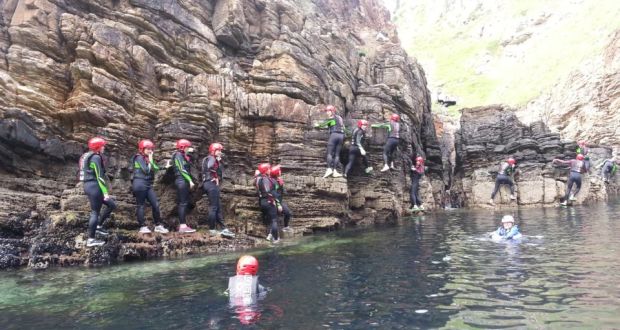 As Fáilte Ireland’s director of marketing development John Concannon sees it, the trip will have lasting benefits for the country. “It is extremely important for influential journalists such as these to experience first-hand what we have to offer and by providing them with a positive experience of their visit to Ireland, it is our hope that the coverage created will be a lasting legacy and encourage more visitors to consider Ireland in the future,” he said.

Other recent visits include the famous photographer Boo George, filming an ad campaign for Emporio Armani on Dollymount Strand as well as a Vogue Magazine photoshoot in Kerry.