One of the best ways to explore Ireland is by planning a self drive tour of Ireland. This type of trip offers the flexibility needed to enjoy the many sights and attractions that a vacation in Ireland offers.  The recently developed Wild Atlantic Way coastal route is set to become a popular route stretching for almost 2500km along the rugged western coastline of Ireland. 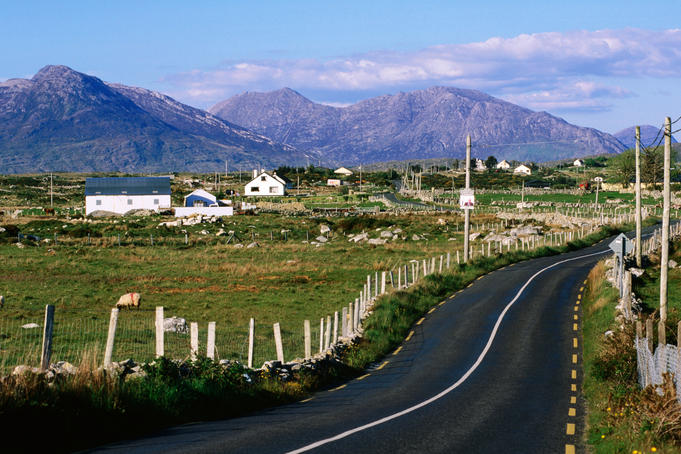 For those lucky enough to be planning a trip to Ireland, there are numerous shorter scenic drives which can be enjoyed whilst on a vacation. Five of these top drives are as follows;

The spectacular drive by Sheeps Head in County Cork is not alone a popular driving route but it is also a popular destination for hill walkers. This stunning peninsula is a 88km walking trail which follows old roads and tracks from Bantry, West Cork to the headland and back. The drive around Sheep’s Head Peninsula is just over 70km and it offers the same stunning views as the walk, taking in rugged hills, cliffs and stunning coastline.

Another popular driving route is from Bantry in West Cork to Killarney, County Kerry. This 80km driving route passes by the scenic village of Glengarriff, freshwater and saltwater lakes and numerous sheep can be spotted along the way. Watch the boats coming in and out of Glengarriff harbour or if time allows take a trip by boat to the Garnish islands and its famous Italian gardens which have existed since 1923. Stop by the gourmet town of Kenmare, whilst the end of this drive takes one to the popular Killarney town where a host of visitor attractions are available.

In the South East of Ireland is the popular 120km Copper Coast drive from Dungarvan to Waterford. Taking in stunning coastline the drive takes in the Comeragh Mountains, the Nire Valley, Stradbally Cove and the Copper Coast which is the only geopark in the entire European continent. The Copper Coast received its name due to the mines of copper that were present in the stretch.

The 230km trip from Galway city in County Galway to Westport in County Mayo takes in Connemara National Park and various towns and villages in Galway and Mayo including Clifden. The Sky road in the town of Clifden is a must-see for stunning views of the Atlantic coastline and Connemara. Kilary Harbour and Kylemore Abbey are also recommended stops along this scenic coastal drive.

Last but by no means least, County Donegal offers stunning coastline views along its 100 mile route.  The coastal drive begins in Bridgend, through Buncrana and the magnificent Mamore Gap to Malin Head. Pass by the 10 arch bridge crossing Trawbreaga Bay along the way to Malin Head. After pausing at Ireland’s most northerly point, turn around and begin the return trip, passing through towns such as Greencastle and Muff en route to Letterkenny.

This entry was posted in Activities in ireland, Best Attractions in Ireland, Best Places to visit in Ireland, Ireland Travel, Ireland vacations, Self Drive Vacation Ireland, vacation to Ireland and tagged driving routes in Ireland, Self drive tour of Ireland. Bookmark the permalink.