Every summer Ireland hosts numerous festivals up and down the country but 2014 undoubtedly belongs to the City of Waterford. The city will celebrate 1100 years since its foundation by the Vikings in 914 AD and will be celebrating all year round holding many festivals. So there will be plenty of reasons to trip to Ireland this year and enjoy some time in Waterford City.

Officially Ireland’s Oldest City, Waterford has prepared a series of cultural activities and specials events. Beginning with a spectacular quayside event entitled ‘Vadrarfjordr!’ on the 4th of January involving lots of fire and marauding Vikings.

From May until September, Dooley’s Hotel on The Quay in Waterford will again host the cream of Irish music talent in the South East of Ireland, locals and visiting tourists can participate or just sit back and enjoy this free “session” turn up on the night and mingle with people you have never met and guaranteed they will be your new friend before the night is over.

Beginning at 8.30 pm and finishing before 11pm both Wednesdays and Sundays, it allows people to sample a unique taste of Irish culture and hospitality and still be in their beds to be ready for an early start the following morning to continue their vacation in Ireland.

The city is also planning a major two day midsummer festival on the 21st & 22nd June, when Waterford will be teeming with historical themes such as medieval fares and Norman Knights. Added to that, Waterford already has a full calendar of exciting festivals throughout the year, including Spraoi, Harvest, and Winterval. Other activities underway to mark Waterford 1100 include the making of a Time Capsule, containing the photographs of almost 7,000 school children. The Waterford 1100 Time Capsule will remain sealed and on view in the Viking Triangle until 2064. 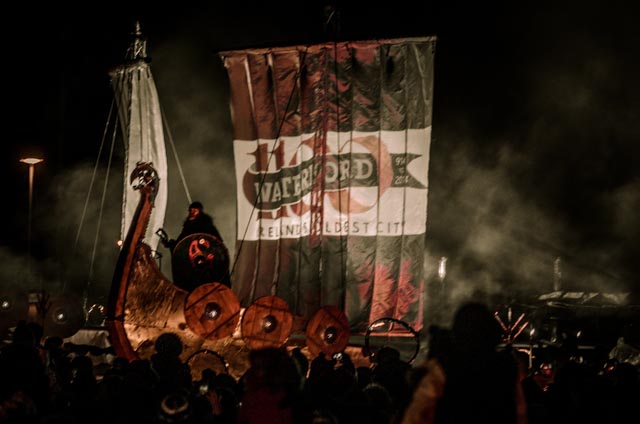 The Waterford 1100 celebrations in Ireland

2014 is a showcase year for Waterford City, with the completion of the Viking Triangle development the cultural and historical quarter of Waterford City, home to the three World class Waterford Treasures Museums, the Bishop’s Palace, Medieval Museum and Reginald’s Tower.