Failte Ireland has just confirmed the shortlist of towns in its Tourism Towns Awards for 2014. A total of ten towns will be in included in this prestigious award along with two towns sharing the accolade of Ireland’s top Tourism Town.

One winner will be picked for the category- Best Large Town whilst the other accolade is for- Best Small Town.  The winners will be announced in November after being assessed by an independent panel of judges. 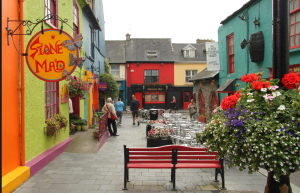 The shortlist of towns are as follows;

With a wide mix of towns listing in a wide range of counties including three Cork towns it promises to be a tight race! For those planning on taking a vacation in Ireland over the next year, the list acts as a guide for top towns to visit whilst taking a trip to Ireland.

The Tourism Town Awards began in 2012 where the town of Portmagee in County Kerry was crowned the overall winner and in 2013 Kilkenny won the coveted top tourism town award. Catering for the diverse mix of towns, this year the competition is set to change slightly with the categories broken out into best large and small town.

Towns included in the shortlist will be subject to surprise inspections by the judging panel who are set to visit each town on the shortlist to judge the quality of visitor experience to be had. In addition towns will be judged on the sense of place, tourism experiences, local involvement and development and promotion.

“This award is all about recognising those Irish towns, villages and communities which are putting their weight behind tourism and working hard to make their town even more attractive for tourists. “Tourism performance in Ireland has always been underpinned by the friendliness and hospitality of the people and it is truly fitting that we have an award scheme to recognise that vital imput. I hope that the towns and villages in the shortlist today will be an inspiration for other communities around Ireland”.