The recent spate of bad weather in Ireland does not seem to have stopped record numbers of visitors planning a trip to Ireland. Record numbers, particularly from Europe are pouring in to see us without a care in the world about the ever-changing Irish climate.

An estimated 288,000 visitors passed through Dublin Airport over the Bank Holiday Weekend with tourists from many destinations jetting in to take in the sights of Dublin and it’s neighbouring tourist hot spots.  This is a 14 percent increase on the same period in 2014.

According to Fáilte Ireland’s Alex Connolly; “We are more a fun destination than a sun destination” “There may have been fewer overseas visitors visible at times over the bank holiday weekend, but they are here and they are here in new record numbers”. 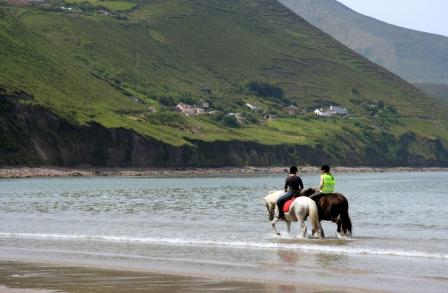 Ireland is seeing a record numbers of people planning a trip to Ireland with visitors from France up 26 percent Italy up 36 percent; and Spain up 28 percent so far in 2015.

“Growth in the first quarter of the year has been the best in 15 years and, based on bookings for the rest of 2015, we believe we could have our best year ever in terms of visitor numbers”, said Mr Connolly.

“We now offer value for money and quality and those put together are proving Ireland is a must-see destination,” he added.

Ireland is seeing record numbers of people planning a vacation in Ireland in 2015 with visitors from France up 26 percent Italy up 36 percent; and Spain up 28 percent to date.

Mr Connolly additionally added: “Most tourists coming to Ireland know to pack a rain coat in their suitcase. At the end of the day we are not a sun holiday destination”.

2015 is certainly promising to be another busy year for the Irish tourism industry with growing popularity of attractions, festivals and activities in Ireland.