As part of Tourism Ireland’s 2018 Global Greening in the lead up to St. Patrick’s Day, the fountains in London’s Trafalgar Square, the Space Needle in Seattle, Chimo the Polar Bear statue in Ontario, and the San Mamés stadium in Bilbao – the home of Athletic Club Bilbao are set to go green for Ireland’s big event. Tourism Ireland’s global campaign, which is now in it’s 9th year is continuing the organisation’s promotional drive by encouraging people to take a trip to Ireland and growing overseas tourism to Ireland in 2018.

Tourism Ireland recently announced details of some of the famous attractions and sites around the world which are set to go green to mark St Patrick’s Day, continuing the organisation’s first-half promotional drive to grow overseas tourism of people planning a vacation in Ireland. The initiative, which sees a host of major landmarks around the world turn green for St Patrick’s Day, has grown from strength to strength over the years. Lots of exciting new landmarks have signed up to take part this year and major popular landmarks are also making a return including Sydney Opera House. 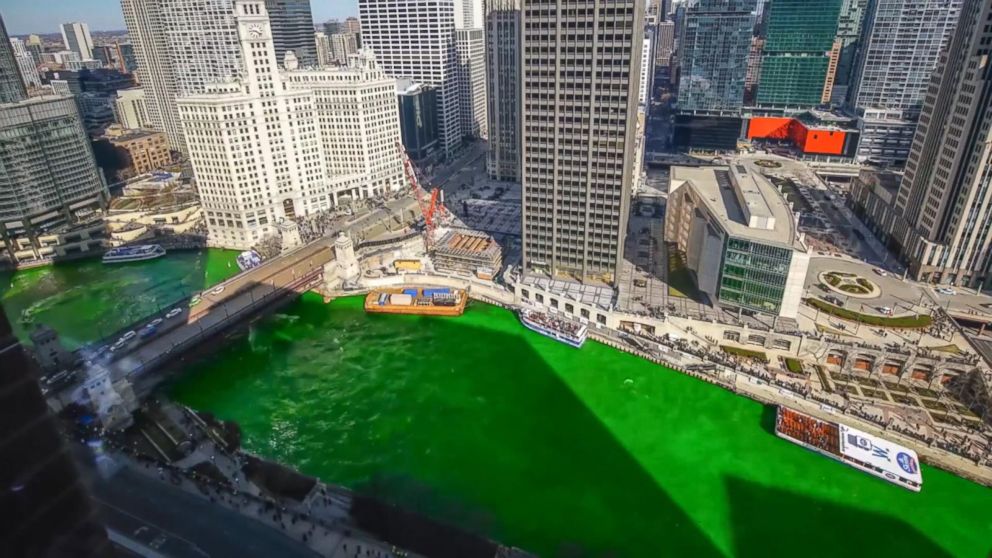 Chicago is also set to go all out to celebrate the St. Patrick’s festival with numerous buildings and sites across the city set to light up green – including it’s river along with Navy Pier, the John Hancock Center, the Wrigley Building, the Civic Opera House and Soldier Field.

Some of the listed sites and buildings which are set to go green for 2018 include: the Palais de l’Europe (the seat of the Council of Europe) in Strasbourg, Pen Monument in Hanoi, the beautiful Kunsthistorisches Museum and the Naturhistorisches Museum in Vienna, the Wawa Goose monument in Ontario and the Cochrane Polar Bear Habitat (also in Ontario), the National Football Museum in Manchester, Beaugrenelle shopping centre in Paris, the Königsbau building in Stuttgart, Uilenburgersjoel Amsterdam, the Yokohama Marine Tower in Japan, the Sammy Ofer Stadium in Haifa, as well as Vabaduse Väljak (Freedom Square) in Tallinn.

These new buildings will join some ‘old favourites’ which have gone green for St Patrick’s Day in previous years – including the Niagara Falls, the Colosseum in Rome, the Leaning Tower of Pisa, the Sky Tower in Auckland  and the London Eye.