A film- lovers festival in Galway

Galway is synonymous with festival fun and this summer features a mix of exciting festivals that attract thousands of visitors each year. One such festival worth noting is the Galway Film Fleadh which is one of Ireland’s leading and many film festivals. Welcoming a diverse range of film-making from around the world, the fleadh is very much a film lover’s festival and it attracts directors, actors, cinematographers, film buffs and artists of all cultural backgrounds.

This six day international film event which runs until the 13th July is well worth a visit whilst on your vacation in Ireland. Now in its 26th year, the goal of the fleadh remains unchanged, to bring together audiences and filmmakers with an intimate environment to share the wonder of cinema. Not only does the festival promise to feature the best of Irish and world cinema, the fleadh also features a mix of debates, master classes, interviews and workshops for film buffs. 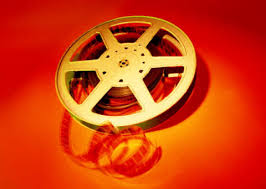 Galway Film Festival one of Ireland’s leading film festivals, promises to feature the best in Irish and world cinema.

More than just a film festival the fleadh offers opportunities for filmmakers to network. Whilst on your trip to Ireland, if culture and star-spotting is on your criteria, then Galway may just be the place to visit this July! Best discovered on a self drive tour of Ireland Galway hosts an abundance of neighbouring Irish speaking villages, cultural sights, activities and farmers markets to keep you entertained whilst on your vacation in the west of Ireland.