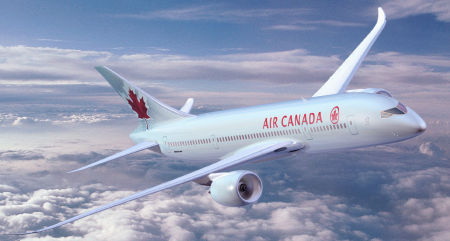 Yesterday in Dublin Air Canada announced the resumption of their scheduled services between Toronto and Dublin starting on 20 May 2008. Due to high demand Air Canada have started the service earlier than in previous years with flights four times a week between 20 May and 2 June 2008 and a daily service after that until 02 October. The service then reverts back to a four day service until 19 October. Air Canada has extensive network throughout Canada and North America making it an excellent choice of airline for vacations to Ireland. Arriving in Dublin at 9.15 am means that visitors avoid the early morning traffic grid-lock and can pick up their car rental or make their way into their Dublin city centre hotel with ease.

DiscoveringIreland has many fine centrally loacted hotels to offer in Dublin such as the Davenport, The Shelbourne, The Morgan Hotel. Alternatively you can head south travelling through the historical towns of Kilkenny and Waterford. A visit to the wilds of West Cork or the scenic Ring of Kerry. You may choose to travel to the west of Ireland, visiting Westport, Connemara, the colorful Galway city, the barren bleak landscape of The Burren and the spectacular Cliffs of Moher. Visitors travelling to Ireland either from Canada or North America will have plenty of options available to them and lots to see and experience while in Ireland.

This entry was posted in Ireland and tagged Connemara, Davenport, dublin, flights from Canada to Dublin, Galway, Kilkenny, The Burren, The Cliffs of Moher, The Morgan Hotel, The Shelbourne, Waterford. Bookmark the permalink.

2 Responses to Air Canada extends service between Ireland and Canada