Renowned all over the world for its spectacular scenery, the popular Cliffs of Moher attraction has just received the accolade of the world’s best cliff view by the prestigious Condé Nast Traveller Magazine.

The New York based magazine published a list of the world’s top cliff views and the Cliffs of Moher beat off stiff competition from the White Cliffs of Dover, Prekestolen in Norway, Madeira’s Cabo Girao as well as the popular Grand Canyon in the United States. At their highest the Cliffs of Moher soar an impressive 702 feet above the Atlantic Ocean, offering those on a trip to Ireland incredible views. 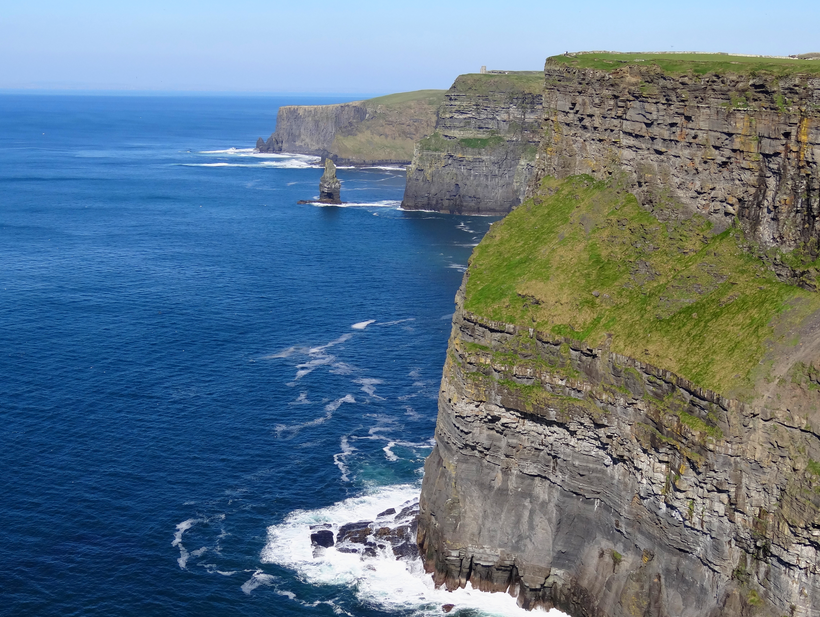 Cliffs of Moher, along the Wild Atlantic is just one of the attractions which is set to feature on US TV series Facing Waves

With a readership of 820,000, it is expected that this great mention will further increase tourism and visitors to Ireland and to County Clare. 2014, in particular was was milestone year for the Cliffs as over one million visitors flocked to the attraction during the year.

Speaking on Today FM, Director of the Visitor Centre at the Cliffs of Moher, Katherine Webster felt their strong reputation played a part in the Cliffs popularity. “People have been coming to the Cliffs of Moher for hundreds of years so we’ve got a bit of a track record there”

The Cliffs of Moher is just one of Ireland’s attractions which has received praise from Condé Nast Magazine, they also recently voted the Giant’s Causeway in Northern Ireland and Trinity College Dublin’s Book of Kells in Dublin as two of the “50 things to do in Europe before you die” .