The towns of Westport in County Mayo and Kinsale in West Cork have been crowned the 2014 National Large Tourism Town and National Small Tourism Town at the recent Failte Ireland Tourism  Towns Awards.

The two towns were chosen from a shortlist of ten top tourism towns. The remaining eight towns on the list are all set to receive certificates of merit to acknowledge their own performances in reaching out and attracting visitors to create the ultimate and best possible tourism experience.

Kinsale has much to offer the increasing numbers of visitors each year. The town which is known as the Gourmet Capital of Ireland and has won numerous tidy town accolades over the years. High standards extends to the appearance of the town where residents take great pride in the town. 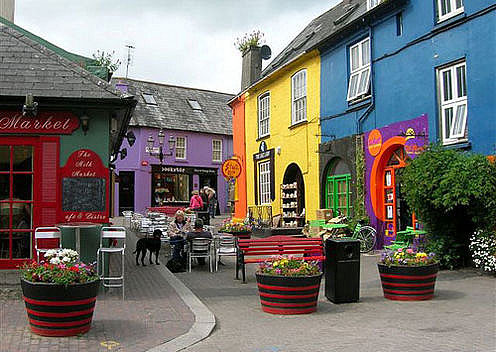 Westport, one of Ireland’s heritage towns, specifically designed in the 18th century by James Wyatt. The town is not only a popular destination fro the Westport stag party is also hosts an abundance of attractive shops, old-world shop fronts, lively coffee shops, restaurants and bars, it is a popular destination for people taking a vacation in Ireland.

Michael Ring, the Minister of State for Tourism & Sport congratulated both towns on winning the 2014 crowns at the annual awards. The Failte Ireland Tourism Towns Awards were set up to promote towns and villages across the country that work hardest to enhance their appeal to tourists taking a trip to Ireland.

Both towns received the prestigious accolades by a independent team of assessors along with a team of secret shoppers which visited each town to measure tourism performances as well as the welcome tourists receive. At the awards, both towns received the winning certificate along with a €5000 grant towards the further development and enhancement of the towns as tourism destinations.

The other towns in the top ten list were as follows: