The now famous Wild Atlantic Way 2,500 km route now has its own app thanks to Failte Ireland.  This new app which is now available in Apple App Store and Google Play Store claims to be the definitive guide to the world’s longest defined coastal route which stretches from Inishowen in County Donegal right down to the scenic town of Kinsale in County Cork. 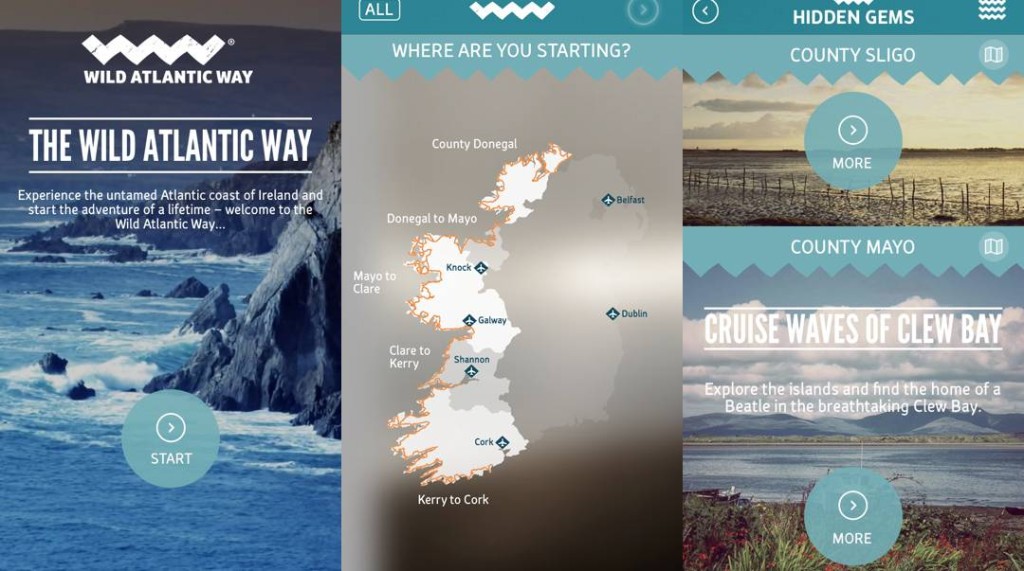 One benefit of the app is that it is designed to work offline, meaning that there is no need for a live data connection to use it. This will indeed prove very beneficial when travelling in remote locations whilst on a self drive tour of Ireland!  “We believe the app will be an invaluable tool for both overseas visitors to Ireland and the domestic market alike,” said Orla Carroll, Head of Digital at Failte Ireland.