The festive season is certainly in full swing in the West of Ireland with the Galway Continental Christmas market which is currently taking place until the 22nd December. The festival, now in its fifth year attracts over 600,000 visitors each year to Galway over the period of 30 days, promising lots of festive fun for those taking a vacation in Ireland. The festival takes place in Eyre Square in the heart of Galway city centre which has been transformed into a magical, festive Winter wonderland.

The market promises a treat for all of the senses with traders from all over Ireland and Europe selling the best in crafts and local produce including festive food and drinks. Stalls are brimming with gift ideas, tempting treats and a festive ambiance as you wander through and explore the city’s Christmas village. For children a visit to Santa’s Grotto is a must as well as the array of amusements and Santa Express train, which takes people on a tour of the city by train. 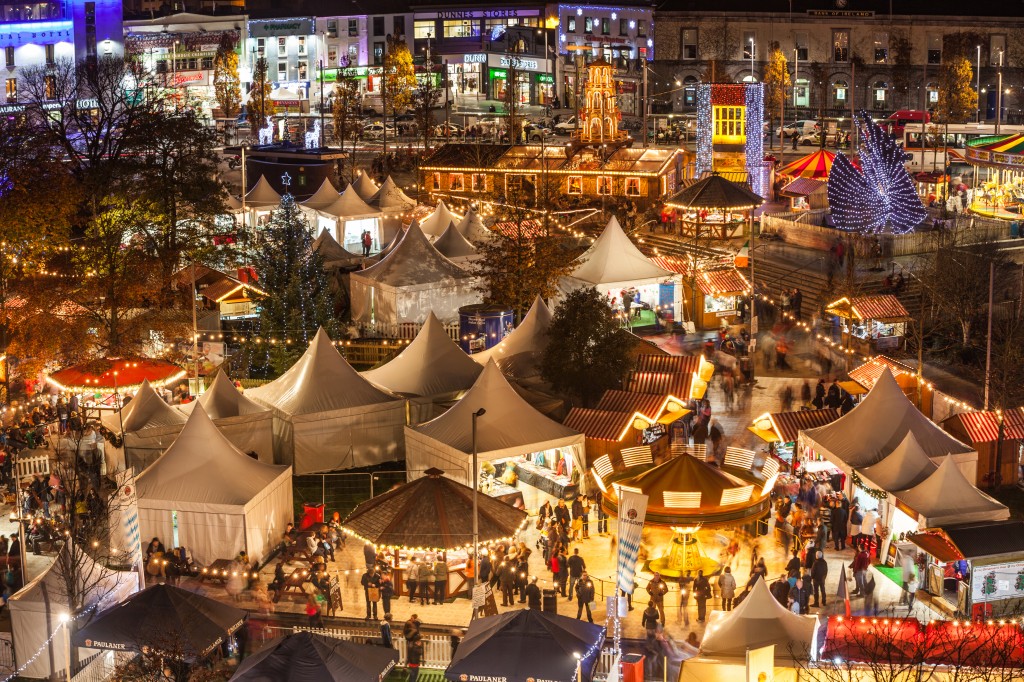 The Galway Continental Christmas Market is taking place until the 22nd December in Eyre Square, in the heart of the city centre

An extensive entertainment programme is planned for the festival including family entertainment, carol singing and musical performances. German Bierkeller is also at the heart of the market, offering a range of German beets, mulled wine, hot chocolate or hot apple cider. There will also be a range of Christmas gift giving ideas including candles, cushions and throws– ideal homeware gifts for Christmas!

For those taking a trip to Ireland this December there are a vast array of Christmas markets to choose from including Winterval Festival in Waterford, Glow Festival in Cork, Milk Market in Limerick and Dublin’s St. Stephen’s Green Festival.