The Guinness Storehouse in Dublin was recently recognised at the World Travel Awards as one of in Europe’s leading tourist attractions  and in doing so became Ireland’s first such visitor attraction to be shortlisted.

The Guinness Storehouse was in auspicious company on the shortlist with other iconic attractions such as the Acropolis in Athens; Buckingham Palace in London, England; La Sagrada Familia in Spain, Ribeira do Porto in Portugal, the Colesseum in Rome, Italy and the ever popular Eiffel Tower in Paris, France.

The World Travel Awards are universally referred to as the so-called ‘Oscars of the travel industry’ since its inception 22 years ago. This year’s World Travel Awards European gala ceremony will take place in the luxury Italian resort of Forte Village, Sardinia on 5th September, 2015.

The final shortlist will be put to the vote by the general public who can select their preferred European tourist attraction online, with a closing date of 26th July. 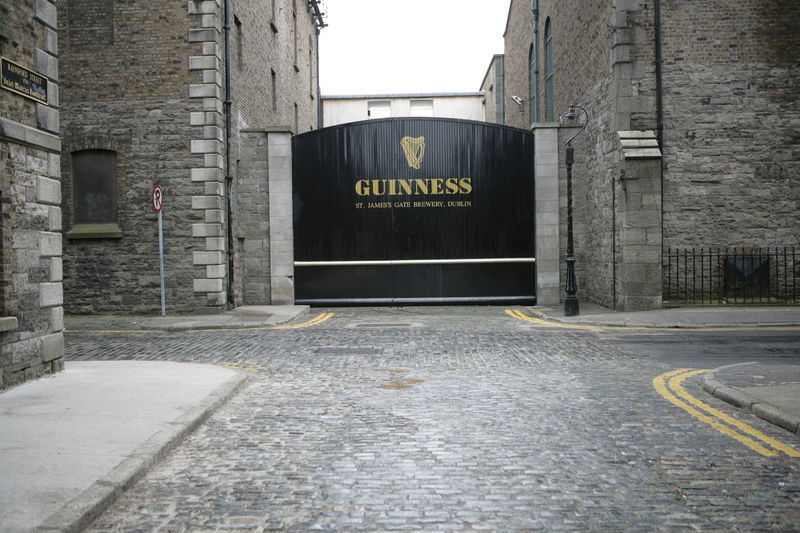 The gates to the Guinness Storehouse at St. James’s Gate Brewery in Dublin, Ireland

The seven-storey Guinness Storehouse open its doors back in 2000 and since then has received more than 13 million visitors on vacation in Ireland and is typically at the top of the list of things to see and do in Ireland.

The Guinness Storehouse is not only the home of the ‘black stuff’ but also offers a wide range of visitor activities to choose from including how to ‘pour the perfect pint’ in the Guinness Academy; experience Guinness ads in newly opened advertising exhibit and experience the panoramic views across the Dublin City skyline the Gravity Bar, the city’s highest bar.