Fáilte Ireland are launching a new campaign in a bid to persuade Irish holidaymakers to take one extra vacation in Ireland this year. The aim of this campaign is to grow domestic tourism which rose by 2 per cent in 2013.

The campaign, which is named #This is Living, incorporates real holiday footage submitted by Discover Ireland’s Facebook fans, whilst taking a trip in Ireland as well as video from a shoot in Killaloe, County Clare, Connemara and Galway City. The debut of this campaign will be aired on television on Bank Holiday Monday, just in time for the commencement of the summer holiday season. 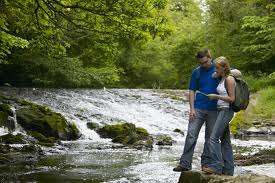 Failte Ireland are launching a new campaign to grow holidays in Ireland.

Fáilte Ireland, has a total budget of €3 million for 2014 and it is targeting its new campaign at three market segments that it has identified as “connected families”, “footloose socialisers” and “indulgent romantics”. These three groups represent 45 per cent of the market and are deemed the most likely to take a holiday in Ireland this year, says Fáilte Ireland director of market development John Concannon.

Failte Ireland’s research describes “connected families” as those who “put their heart into finding out everything a destination has to offer” and “like to have a carefully planned itinerary” before they leave home. Their aim is to create memories, which they will then share on social networks.

“Footloose socialisers”, meanwhile, are single, divorced or retired people who enjoy getting away for breaks as often as they can. They are value-conscious, independent travellers, who attend cultural and sporting events or engage in pursuits such as hill walking or kayaking during their short breaks.

The third group, “indulgent romantics”, consider the hotel to the most important factor in their choice of destination. They prioritise finding “the perfect, romantic hub” for their couples getaway, somewhere “they can soak up luxury, reward themselves and be well looked after”.

Along with it’s new advertising campaign Fáilte Ireland are also launching a Facebook application which will encourage users of Discover Ireland’s Facebook page to interact with prepared “playlists” or activities organised by themes such as #ThisIsAdventure or #ThisIsRomance.

The #ThisIsLiving campaign follows 2007’s Right Here Right Now, which aimed to “inject energy” into Ireland’s image as a holiday destination and persuade people who “felt it was a bit boring” to take breaks at home, according to Concannon.

In 2010, the last major campaign, The Fun Starts Here, was targeted at people who were struggling through the recession but did not want to sacrifice their holiday.

“There has been a huge decline in holiday spending over the last five years, but almost all of that decline is related to overseas holidays,” says Concannon. “We would be pretty confident that this will be a good year.”