Planning ahead for the annual 2015 St. Patrick’s Festival

Plans just been revealed for the 2015 four-day St. Patricks’ Day Festival.  It is expected that a half a million people will attend this year’s festival, which will be led by Brendan O’Connor of Mrs. Brown’s Boys fame. Organisers of the 2015 festival are hoping that the four- day festival will generate over €120 million for the Irish economy. This year’s festival takes place from March 14 to 17 and is set to showcase street-theatre, artistic installations as well as world class events.

Commenting on the launch of the 2015 St. Patrick’s Festival Minister of State Michael Ring, TD said:

“St. Patrick’s Festival is a fantastic showcase for Ireland and acts as the cornerstone of our tourism calendar. The Festival, which is expected to generate over €120m for this economy this year, continues to grow from strength to strength, evolving with the tastes and demands of the ever changing visitor demographic. It is due in no small part, to events such as St. Patrick’s Festival that we have seen visitor numbers to Ireland increase every year for the past four years. The Festival makes the most of the unique international profile of St Patrick’s Day providing a series of world-class events which are celebrated by locals and visitors alike reinforcing Ireland’s reputation as destination of choice internationally.” 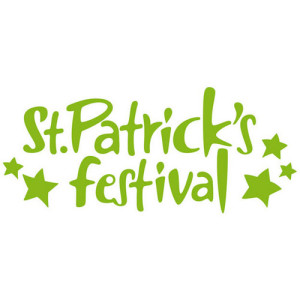 The 2015 St. Patrick’s Festival is set to bring in an estimated €120 million to the Irish economy.

The theme for this year’s festival, which is funded both by Failte Ireland as well as Dublin City Council is “Celebrate Now”.  The action packed four day festival is set to include treasure hunts, ceilis, and of course the now famous St. Patrick’s parade. Organisers of the festival have been set the task of portraying Ireland as a creative country with wide appeal. Worldwide marching bands from the US, Mexico and Germany are set to make the trip to Ireland to entertain the crowds with their powerful performances.

2014’s St. Patrick’s Festival was the first in a series of three festivals with the 2016 festival titled “The Future” and who we aspire to be in the next 100 years. The 2014 festival resulted in an increase in people taking a vacation in Ireland from countries such as the UK and other mainland European countries as well as the United States.

All ages are welcome to partake in the fun-filled family day out at the festival’s free treasure hunt on Saturday morning, March 14. Participants in the treasure hunt will be taken through some of the city’s main landmark buildings.  The day-long “Big Day Out” street carnival is set to take place on Sunday and on Monday traditional Irish dancing will take place on St. Stephen’s Green.

1 Response to Planning ahead for the annual 2015 St. Patrick’s Festival