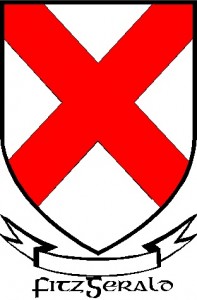 The roots of the name Fitzgerald derive from the French Normans. When the High King of Ireland died in the early 12th century, Diarmait Mac Murchada of Leinster was exiled. He persuaded the British British King Henry II to allow him to recruit some Norman knights to regain his land. Part of this gang were the FitzHenrys and FitzStephens and fitz Godbert de Roche. De Roche was the first Norman knight to set foot in Ireland.

The name itself comes from the Norman tradition to add Filz or Fitz before the father’s name for a son.  Essentially, “ Filz-Gerald or Fitz Gerald” means in Old Norman and in Old French ″son of Gerald″.

Keep an eye on our blog for more family history blogs. Tip: If you are looking to trace your roots while on Ireland vacations read our article before you begin!