Tourism Ireland has joined forces with HBO and it’s TV series Game of Thrones in a bid to further promote Ireland and Northern Ireland as a destination to visit. This new campaign is set to run for 14 weeks and it follows on from the widely successful 2014 campaign which generated almost one million clicks, comments and shares with a reach of almost 100 million fans around the world. 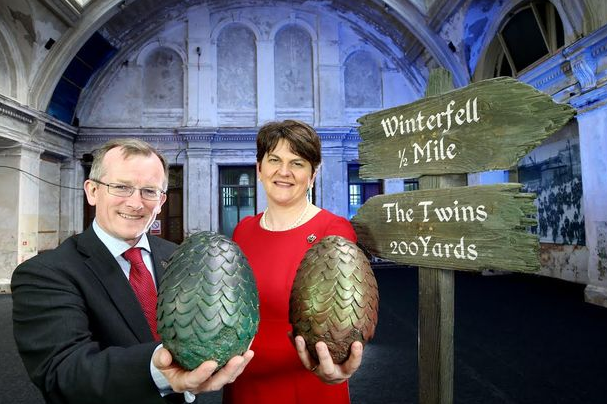 The aim of the campaign is to target people taking a vacation in Ireland and the campaign launch is set to coincide with the fifth season of Game of Thrones. It will be rolled out by Tourism Ireland through social media in Britain, the US, Canada, Australia, France, Germany, Spain, Italy, the Netherlands and Scandinavia. The aim of the campaign is to leverage on the success of the HBO brand and the popularity of Game of Thrones and it’s strong associations with Northern Ireland and Antrim, where the series is produced and where much of the filming takes place.

“We are delighted to continue our partnership with HBO in 2015, to highlight Northern Ireland and its beautiful landscape – through the exciting events of Game of Thrones – on the global stage,” said Niall Gibbons, CEO of Tourism Ireland.

“We aim to build on the success of last year’s campaign, reaching out to the show’s global fanbase and demonstrate the spectacular scenery of Northern Ireland. Game of Thrones fans worldwide will see these ads, spiking their curiosity about the landscapes and locations featured in the series and inspiring them to come and explore them for themselves.”

As part of the campaign launch Game of Thrones props including dragon eggs and three-eyed ravens have been appearing in locations around Belfast and Northern Ireland. Over the past few weeks replicas of these used in Game of Thrones have been seen perched on top of old-fashioned wooden signs which point the way to some of the iconic locations around Northern Ireland where the popular series is filmed.

Replica dragon eggs have also been placed among fruit and vegetables in a market stall in Belfast. The dragon eggs were ‘for sale’ to people visiting the popular market for the price of 125 Gold Dragons – the currency used in Game of Thrones.

Photos and videos have been taken of the props in various locations in Northern Ireland which will be promoted by Tourism Ireland to some 100 million Game of Thrones fans around the world, as ‘real news’ items in the new campaign.