During 2013, Fáilte Ireland sought the views of tourists and visitors to Ireland as a way of gaining some insight into their perspective of the country and its regional destinations.

The report entitled the Fáilte Ireland Holidaymaker Study 2013 comprised the analysis of the views of up to 10,000 overseas and domestic holidaymakers who visited 11 holiday areas across during Ireland vacations between May and October 2013.

The reports gave great insights into what visitor experience and their attitudes about the key tourist regions of Ireland including Cork City and Harbour; West Cork; Dublin City; Dublin’s Doorstep; the Galway/Mayo region; the Donegal/Sligo region; Ring of Kerry; Dingle Peninsula; the Shannon Corridor; South East and Clare.

Those questioned as part of the Study outlined why they had chosen their particular destination, how they went about researching and sourcing travel information prior to their trip to Ireland as well as other details such as their choice of accommodation, where they chose to eat and which local attractions they visited.

The results of the Study reflected impressively on the each of the focus areas, with each region ranking at least four out of five in a variety of categories including friendliness of locals, landscape and the availability of things to see and do.

The counties located on the periphery of County Dublin, otherwise referred to as ‘Dublin’s doorstep’, were acknowledged to be the friendliest region recording on average a score of 4.93 out of 5.

It was noted that all regions ranked quite well for value for money but, in particular, West Cork (45%) and County Clare (42%) were the stand out regions amongst tourists when questioned as to where they found ‘very good value’ when eating out. 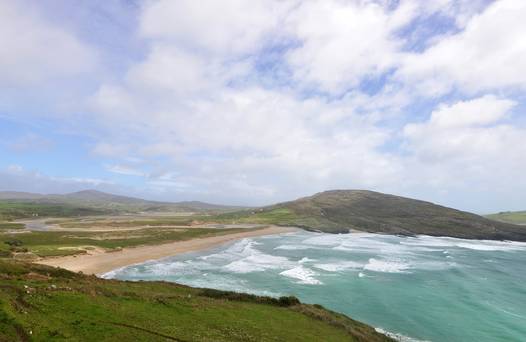 North West, South East and the Dingle Peninsula were ranked highly for their natural scenery. In fact, most regions were acknowledged for their excellent scenery with the exception of Dublin and the Shannon corridor where history and culture were mentioned as the leading reasons for visiting.

As regards the choice of accommodation options, Irish hotels were the most popular form of accommodation in all regions with B&B’s also proving popular in the Dingle Peninsula, the Ring of Kerry, Clare, Galway, Mayo as well as hotels in West Cork.