One of West Cork’s finest festivals is set to take place in Bantry town, celebrating traditional music in its purest form. Throwing open its doors to some of the very best musicians in the land, this unique music festival which takes place from the 20th until the 25th August, is one of Ireland’s leading music festivals.

Musicians are given the freedom to play what they wish in the glorious scenic surroundings of Bantry House and St. Brendan’s Church. For those planning to take a trip to Ireland, Bantry House is one of Ireland’s oldest and most exquisite historic mansions, dating back to the mid 1700’s. The idea for the festival evolved from Artistic Director and East Clare fiddler Martin Hayes’ call to create a “quiet and intimate space” where the heart of traditional music could be exposed. 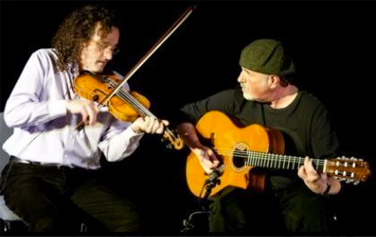 Master of Tradition Festival takes place in Bantry West Cork from the 20th until the 25th August, featuring a series of Irish traditional music performances

The mission of this festival is to give recognition to the masters of live music and Martin Hayes brings a distinctive touch and extravagant virtuosity, bringing the tradition to new levels. His world famous trance-evoking sets with Dennis Cahill have mesmerised audiences all around the world.

“When we started this festival in 2003, my belief was that a sufficient audience with interest in the most authentic form of Irish music must surely exist; that the music itself does not have to be shaped and bent to meet the perceived needs of an audience. In its purest form it speaks a universal language. I have sat through almost all of the performances each year of this festival and every time I leave Bantry, I do so with a renewed faith in the strength of this music.” Martin Hayes, Artistic Director.

For those taking a vacation in Ireland this August, the range of attractions, festivals and stunning scenery to choose from in West Cork promises not to disappoint. With a range of hotels near Bantry to choose from there is no reason not to visit the scenic West Cork.