Cork Film Festival is gearing up to celebrate its 60th anniversary with the return of the much anticipated festival, running from the 6th until the 15th November. Ireland’s oldest film festival is set to put the spotlight on emerging film talent as well as the Academy Awards and the festival is set to showcase up to 150 events in over the 10 days.

If you are planning a trip to Ireland this November, then a vacation to Cork and to the Cork Film Festival is a must as the festival has added four new venues to the schedule: the Everyman Theatre, St Luke’s Church, the Pavilion and the Ballymaloe Grainstore. 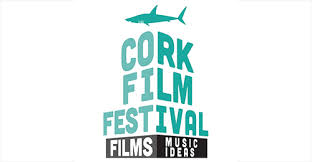 Creative Director of Cork Film Festival James Mullighan commended the famous festival and its prominence on a global platform.

“It has been a really strong year for short and feature film submissions in terms of quantity and quality. Academy Award accreditations have certainly cemented the festival’s reputation internationally as one of Europe’s leading film events.”

The popular festival will also see 10 feature films shortlisted, five of which will go forward to the Spirit of the Festival Award and five for the Cinematic Documentary award. Submissions from other countries include the United States, Italy, China, South Korea, Poland and the Philippines.

The Cork Film Festival has a reputation for giving new talent a platform for their work and Mr Mullighan said:

“We are firm believers in doing everything possible to nurture new talent and with the Talent Development Campus we will help and guide those making forays in a challenging industry.”

“To celebrate the festival’s 60th edition, we wanted to stay true to its strong history of promoting new filmmakers but we also wanted a fresh approach. I believe we have achieved this with the Talent Development Campus.”