Astronaut has a new mission as tourism ambassador for Ireland

It looks like our favourite astronaut from last year is back to enliven and entertain us with more inspiring and entertaining tweets and videos, this time about his time on earth, in Ireland to be exact, as opposed to space. Yes as you may recall in last summers posts we mentioned the story of Colonel Chris Hadfield (aka the singing astronaut) who brought space research and exploration back to public attention via modern realm of social media with his inspired and entertaining tweets, videos and images all taken from aboard his space station.

As you may recall he came to many of us, here in Ireland’s, attention when he famously showcased a beautiful night time image of Ireland taken from space along with an accompanying tweet as Gaeilge that made history as being the first tweet spoken in the Irish language. He was also known for celebrating our national holiday St Patrick’s Day aboard the space shuttle in style by singing Danny Boy whilst wearing a festive green tie.

And now it seems that the Canadian astronaut’s long running love affair with our own Emerald Isle looks set to take on a new dimension as he has started a new role as “tourism ambassador” for Ireland. Over the last few days, Mr Hadfield along with his wife Helene have been on a short tour of the country, sampling just some of the major sights and attractions that the Republic and Northern Ireland has to offer. The short tour has been organised in conjunction with Tourism Ireland who are creating three short films of the visit featuring different themes.

Amongst the many Irish sights and attractions that the Hadfield’s were taking in on their four day trip to Ireland were Croke Park (where Mr Hadfield tried his hand at hurling) and the Guinness Storehouse both in the capital. Also on the Dublin itinerary was a special appearance at the BT Young Scientist & Technology Exhibition and a second book signing, his book ‘An Astronaut’s Guide to Life on Earth’ is out now, in the RDS Members Library on Merrion Road.

After Dublin, the Hadfield’s headed north visiting Armagh, Cushendall and the Glens of Antrim, as well as Titanic Belfast where he thrilled and captivated audiences with tales from his time in space. After his time in the North it was back to one final stop in the republic, Donegal and the Inishowen Peninsula, where he entertained locals by playing guitar in a local pub, before heading home. 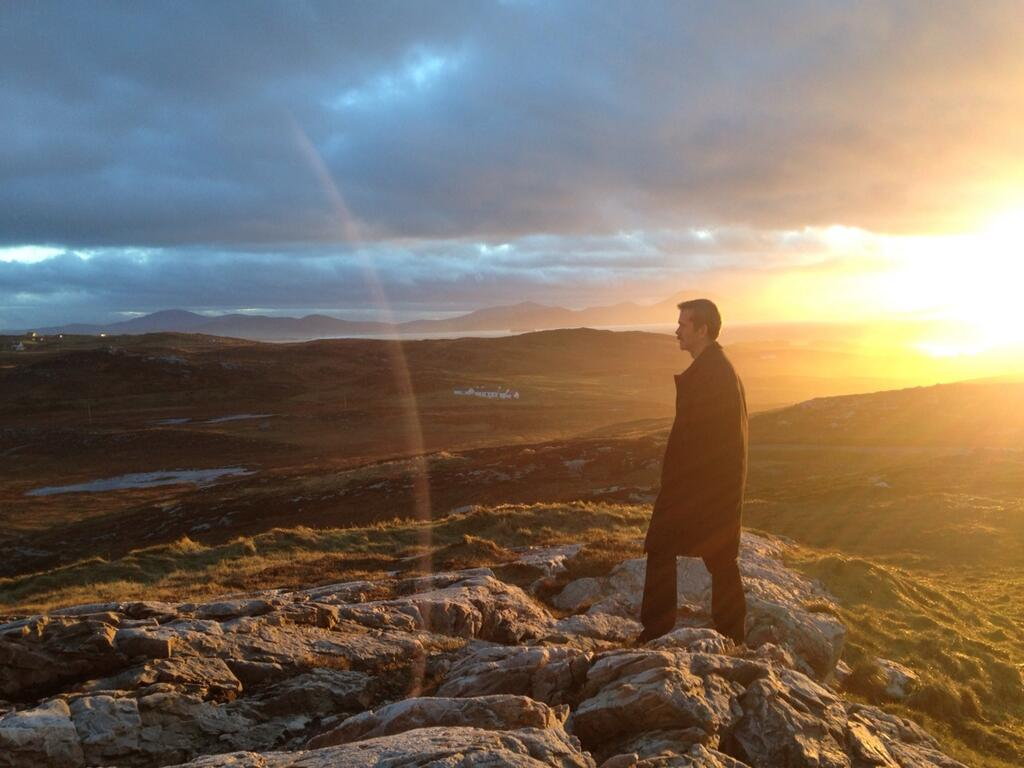 However the short tour of Ireland is just the start, after having captivated Irish audiences with his presence on his travels it is hoped he can continue to inspire us all in the upcoming year in his new role as “tourism ambassador” for Ireland, bringing that same level of attention he gave to space to Irish travel by showcasing a visitors perspective of the many travel delights of our fair isle to the masses of the worldwide Twittersphere. Tweeting to his million-plus followers over the next few days he will hopefully inform and inspire his fans to “begin planning their own vacation in Ireland this year” in much the same way as he inspired all of us to consider what life must be like from aboard a space station.