Ireland’s capital city Dublin is now one of the world’s most popular cities to visit according to a vast array of the world’s prestigious guidebooks, including the ever popular Lonely Planet.

The popular city has found itself recently found itself in third place in the Lonely Planet’s Best in Travel 2016 with Quito in Ecuador reaching second place and Kotor in Montenegro, reaching the coveted number one spot.  The Lonely Planet Best in Travel Guide features the latest and hottest trends of where to visit and locations tend to feature due to major events or recent developments leading to “a lot of buzz” about a city. 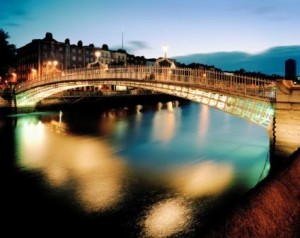 In addition to the commemorations, Lonely Planet also stated that “diaspora has turned inside out and Dublin is now a truly cosmopolitan capital, with an influx of people, energy and ideas infusing the ever-beguiling, multi-layered city with fresh flavours and kaleidoscopic colours” .

Also welcoming this great news, was Niall Gibbons, the Chief Executive Officer of Tourism Ireland. “The inclusion of Dublin at number three in the world… is wonderful news and will surely help to inspire travellers everywhere to put Dublin and the island of Ireland on their holiday wish-list for 2016. It is another well-deserved accolade for Dublin, which provides Tourism Ireland with a great hook to continue to promote the city and Ireland around the world as ‘must visit’ destinations.”

Not just a location for hen or stag parties Dublin has long been a popular choice and with Dublin Airport expecting record numbers in 2016, this great accolade comes as no surprise. Other large events set to take place in Dublin in 2016 are centenary of 1916 between Boston College and Georgia Tech, at the Aviva Stadium in September.