A brand new Irish Travel Series showcasing the now famous 2,500km Wild Atlantic Way route, has begun filming in Kerry this week.  The eight-part series named “Kenny Wild” is set to feature best-selling author Dave Kenny who will swap his comfortable Dublin based home to explore the charm of the Wild Atlantic Way.

The series which is set to be aired in October on Irish TV will feature some of the top highlights along the west coast of Ireland, popular with those on a vacation in Ireland.  Some highlights Kenny is set to explore in Kerry include a boat trip to Skellig Michael with restaurant owner and TV Chef Paul Treyvaud, who will cook a seafood dish whilst visiting the island. 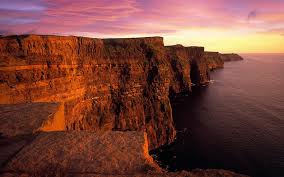 The New Wild Atlantic Way TV Series is set to be aired in October.

Other attractions Kenny is set to explore are comedy highlights at the Waterville Comedy Festival, storytelling in Sneem and camping or glamping as its now called in the wonderful Dromquinna Manor, Kenmare. The series is not only set to highlight the many tourist hotspots but also a cross section of activities along this now famous coast.

The Wild Atlantic Way is believed to be a big contributory factor in the growth of visitor numbers of people planning a trip to Ireland this year, which is up 10% so far this year compared to last year.