How many Dublin’s are there in the United States?

To the majority of those living in Ireland there is only one Dublin, otherwise known as Baile Atha Cliath, the Fair City and the Big Smoke. In the US, however, Dublin can refer to not only one, two or three locations but there as many as nine Dublin’s, and even that figure increases to the grand sum of eleven if you take townships into consideration. The following are some of the more renowned Dublin’s in the United States.

Of all the Dublin’s that can be found in the United States, Dublin, Ohio is perhaps the most well known. The small city just outside of Columbus, Ohio got its name in 1810 when Benjamin and Peter Sells, two brothers from a German immigrant family, purchased a 400 acre parcel of land on the banks of the Scioto River and gifted it to their younger brother, John. 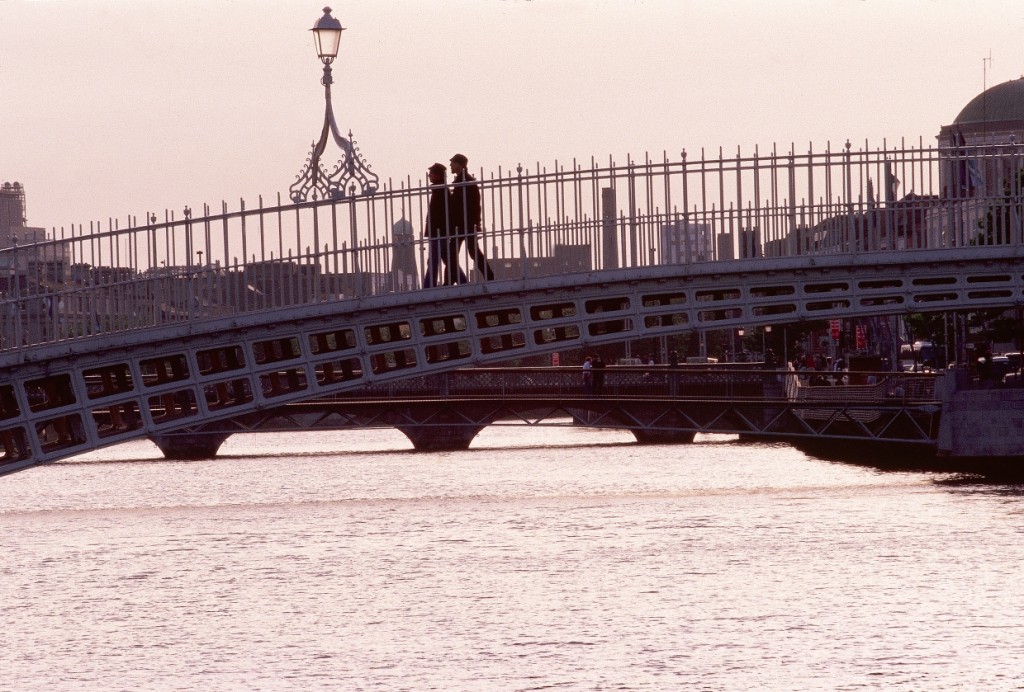 As fate would have it, Sells worked with an Irish land surveyor named John Shields, who was given the opportunity to name the village. According to local lore, he rather poetically said:

“If I have the honor conferred upon me to name your village, with the brightness of the morn, and the beaming of the sun on the hills and dales surrounding this beautiful valley, it would give me great pleasure to name your new town after my birthplace, Dublin, Ireland.”

Dublin has experienced remarkable growth, particularly following the construction of the I-270 Highway, which resulted in a significant increase in the local population from approximately 700 in 1970 to almost 43,000 today. In 1987, Dublin officially became a city and hosts a large annual Irish festival along with a number of local landmarks that pay homage to its Irish namesake – an Abbey Theatre, the Brazenhead Pub, and street names like Inishfree Lane and Phoenix Park Drive.

Another Dublin which is expanding apace is Dublin, California. As the second-fastest-growing city in the state of California, its Irish roots can be dated back to 1850, when two Irishmen, Jeremiah Fallon and Michael Murray, purchased 1,000 acres of land in the Amador-Livermore Valley. Many remnants of Dublin’s early days still remain, including the Murray Schoolhouse, built in 1856 as the first schoolhouse in the valley. Donlan Way is a major thoroughfare, and the next town over is Dougherty, which split from Dublin decades ago.

Dublin, Georgia had the honor of being referenced by James Joyce in “Finnegans Wake”:

“Nor had topsawyer’s rocks by the stream Oconee exaggerated themselves to Laurens County’s gorgios while they went doublin their mumper all the time.”(The Oconee is Dublin’s nearest river).

Founded in 1812,  one of the city’s founders is believed to be a man with the surname Sawyer, who had the privilege of naming Dublin after the capital city of his country of origin. Today, the city celebrates its Irish roots with a month full of St. Patrick’s Day celebrations and entertainment.

Dublin, Kentucky is a community in the Bluegrass State’s Graves County and was named after Dublin, Ireland. So too was Dublin, Virginia, a town of 2,500 in Pulaski County. When the area became officially incorporated in 1771, Dublin, New Hampshire was named after the Irish birth-place of Henry Strongman, who had settled there in the 1760s. Dublin, a borough of Bucks County, Pennsylvania, was also named after Dublin, Ireland, but things are not so straightforward in the cases of the towns of Dublin, Texas and Dublin, Michigan.

According to the Texas State Historical association, Dublin, Texas, founded in 1854 in the Lonestar State’s central Erath County, was “named in 1860, probably for the warning cry at Indian raids, ‘Double In,’ for the capital of Ireland, or for the double-log cabins used by early settlers.”

As for Dublin, Michigan, according to local understanding the town’s name has little if anything to do with Ireland. Rather, according to a 2007 article in the Record Eagle newspaper, “the name comes from the Pere Marquette Railroad that used to run through town. Trains from the north had to slow to cross a trestle 100 feet above the Manistee River and could not get up enough steam to climb the long, gradual grade from Wellston to Dublin. Engineers would leave half of their cars in Wellston and take the trains up the hill in two trips.” In other words, they would double back, and from that “doubling,” the name “Dublin” evolved.