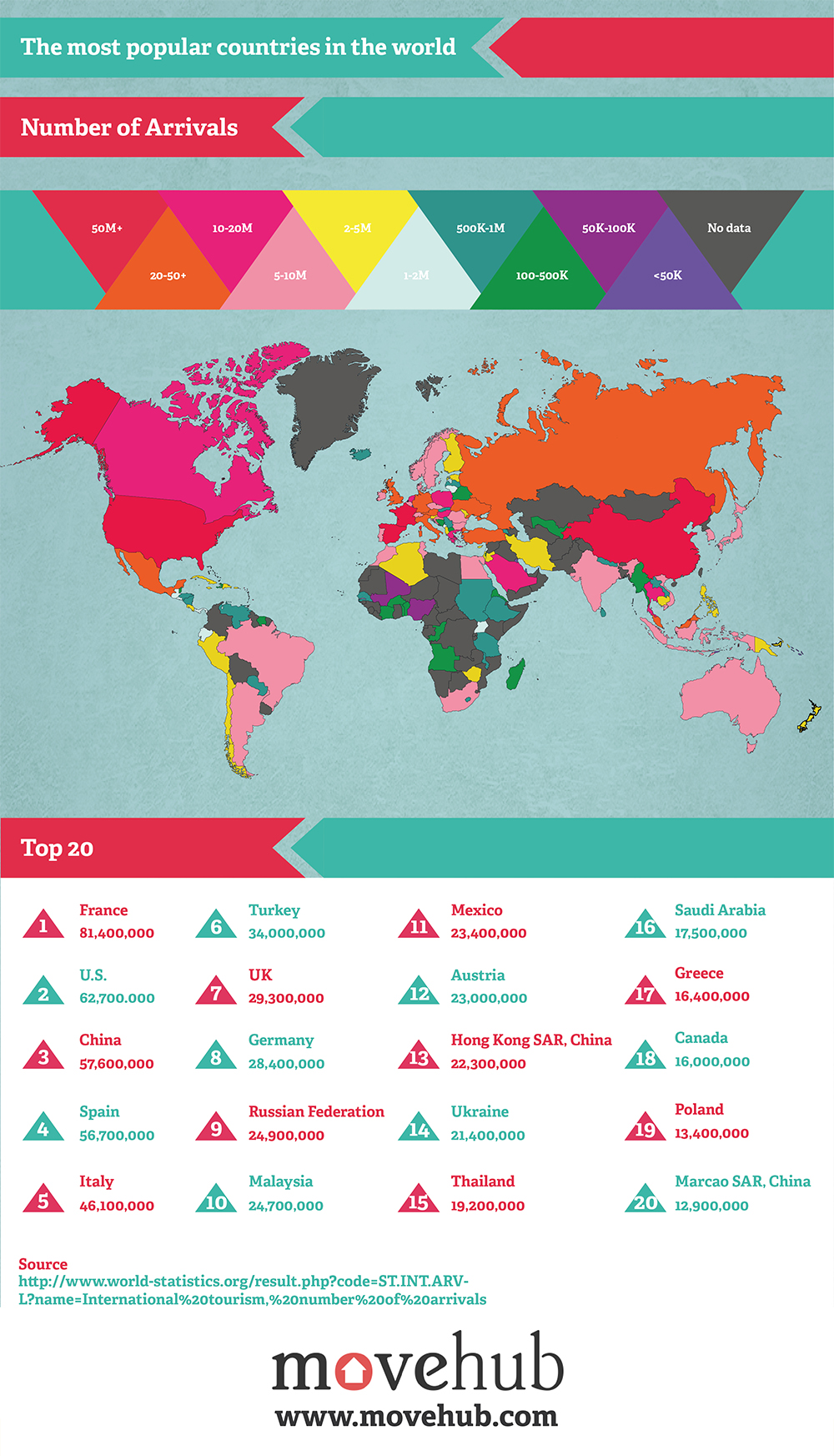 Most popular destinations in the world to visit- by Movehub

Max Holloway of Movehub, who compiled the colourful map, said “Ireland ranked very high in the list. Ireland’s large numbers of visitors reflect its popularity as a nation among the rest of the world”.

“In terms of the international community Ireland is very popular, no-one sees it having any historic or current foreign policies that would put people off from visiting. We see a great number of people moving there from Australia, France, Canada, UK and the USA. Ireland also gets movers from around the world, but those are the big five. I think there is a great deal of local tourism from England, Scotland and Wales to Ireland”, said Mr. Holloway.

This entry was posted in vacation to Ireland and tagged Trip to Ireland, Vacation in Ireland. Bookmark the permalink.