The Golfing Irish: An Overview Of Ireland’s Top Courses And Golfers

Ireland has become a top destination for golfers around the world, with a wide range of world-class courses to suit everyone from amateurs to professional players.

Recently it was the host of the 148th British Open, which was held in Royal Portrush, Co.Antrim. Ireland’s own Shane Lowry stole the show with a world-class performance, claiming the Championship and becoming the first Irishman to win the Open on Irish soil.

This was a very special and historical event for Ireland as it was the first time in 68 years that The Open was hosted on Irish soil. The Open was first held at Portrush in 1951. Max Faulkner won the title amongst a crowd of 8,000 people.

What made Lowry’s big win that bit more special was the support of the Irish viewers. Regardless of the miserable weather, they came out in droves and created one of the most memorable atmospheres in at a golfing tournament.

It’s not the first time that an Irish golfer has made headlines for a historic win around the world. Ireland has produced some of the finest talents in the game with many big names among its repertoire. 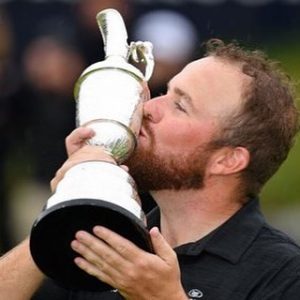 Shane Lowry is from Co. Offaly. He recently made a historic win for Ireland as the first Irish man to win an Open Championship on the Emerald Isle.

Lowry is The Open champion for 2019 and first came to fame when he won the Irish Open in Louth as an amateur back in 2009. He was one of three amateurs to ever win on the European Tour.

In 2019, Rory won RBC Canadian Open and The Players Championship at Sawgrass.

In 2016, Rory won the Arnold Palmer Invitational at Bay Hill as well as The Irish Open at the K-Club. 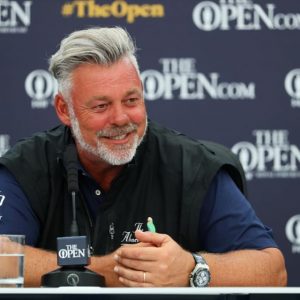 Darren Clarke hails from Northern Ireland. Clarke is one of the world’s best-known golfers and has won many fans with his passionate play, dedication and determination to the game.

In 2011, Darren won The Open Championship at Royal St George’s. In 2016, He captained Europe’s Ryder Cup team at Hazeltine.

He is also a dedicated charity worker. He set up the Darren Clarke Foundation, which not only helps further the development of junior golfers in Ireland, but also raises much-needed funds for Breast Cancer Awareness.

He fired the first tee shot at the 148th Open Championship on his home course at Royal Portrush where he played out the front nine in 34 and the back nine in 37, finishing with a level par 71.

Top Links Courses in Ireland You Must Visit

If you’re planning a golf vacation in Ireland, you must visit one of the many links golf courses Ireland has to offer. With amazing scenic views and challenging terrain, Ireland is home to one-quarter of the world’s links courses. 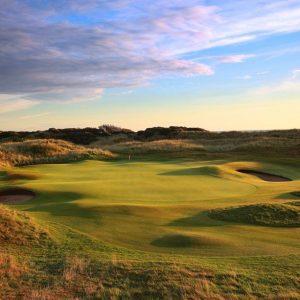 10 miles to the north of Dublin City and a 15-20 minute drive from Dublin Airport, Portmarnock is a course any golfer would dream to play on.

It offers beautiful breathtaking views from the coastline.

It is where Arnold Palmer and Sam Snead successfully followed its serpentine route through classic linkland on their way to victory in the 1960 Canada Cup. The Portmarnock links have twenty seven holes.