Things to do in 36 hours in Dublin

According to the New York Times recent feature called; “things to do in 36 hours in Dublin”, the city is found to have gone through tumultuous changes in recent years.  Gone are the Celtic Tiger Years with Dublin now offering something very different to those planning on taking a vacation in Ireland.

According to the New York Times article; “Today signs of economic recovery are emerging, but it’s a more refined wave of affluence than what the flashy boom years had to offer. The city is finding a new way to exist- neither ostentatious with wealth nor bowed down under debt. A hugely popular bike share program has replaced the “beamers”, craft beer is gaining precedence over elaborate cocktails, and Dublin restaurants are undergoing a creative renaissance that prioritizes imagination and Irish ingredients over heavily stylized and overpriced dishes”.

In its article it lists popular attractions in Dublin in its must-visit list including The National Museum of Ireland. Dating back to 1890 the museum contains an archaeological collection giving an excellent background into the history of Ireland. 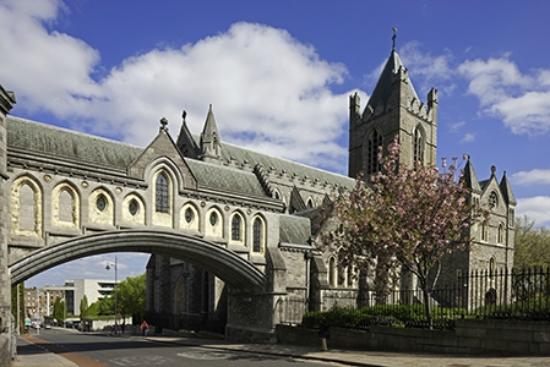 Dublin’s Medieval Christ Church Cathedral which dates back to 1030, features in the New York Times 36 Hours in Dublin Feature

For entertainment it is suggested to try the culinary delighted in the numerous restaurants in Dublin, stop off for a Guinness, take in a bike ride on the city’s bridges which are steeped in history as well as sampling the traditional Irish music that the country is famous for.  One sure thing is for those planning on taking a trip to Ireland and its capital city Dublin, the city’s wide range of attractions and culinary delighted on offer promises not to disappoint!